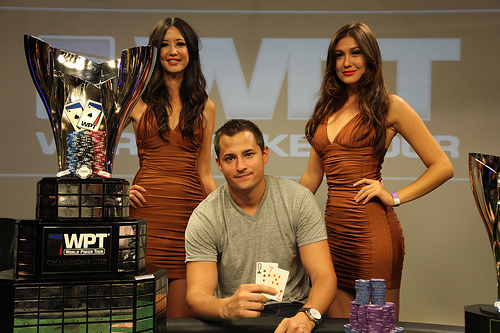 Matt Giannetti denied yet another woman from becoming the first to win a WPT open event.

Every year, one or two people who make the November Nine go on a heater and grab another big score before the final table plays out.

In 2008, it was Ivan Demidov, who final table’d the WSOP Europe Main Event (finishing third for over $660,000). In 2009, Kevin Schaffel (!) finished second at the WPT Legends of Poker for nearly half a million. Antoine Sauot and James Akenhead also both final table’d the WSOPE Main Event. Last year, Matthew Jarvis and Joseph Cheong captured Festa al Lago prelim titles a month before the N9 final table.

This year’s apparent hot streaker is Matt Giannetti, who won the 2011 WPT Malta.