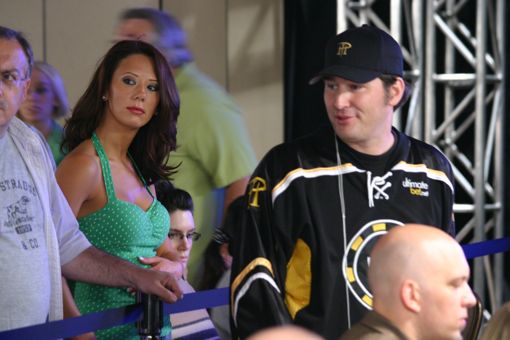 11-time WSOP bracelet winner Phil Hellmuth had his sights set on his first WPT title but failed to rack up the win.

While the biggest story line heading into the final table of the WPT Bay 101 Shooting Star was whether 11-time WSOP bracelet winner Phil Hellmuth would finally win his first ever WPT title, another lesser noticed but equally monumental story was if a member of the Davidson Matthew Club could once again take down an event, returning glory to the guys whose first names are last names and last names first and who seemingly won every other tournament a few years back.

In the end it was the latter that played out as Hellmuth exited early in sixth and the newly inducted Davidson Matthew Club member McLean Karr went on to take down the tournament and its $878,500 first place prize.

In second was the doubly first named Andy “BKiCe” Seth ($521,200), who entered the final table as the chip leader and runner-up’d last summer in an event at the 2009 WSOP.