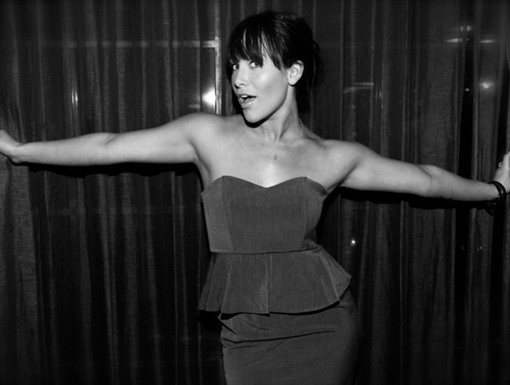 Today ESPN confirmed the story we broke last week and announced they will launch a new online-only poker  show: Inside Deal.

The show will be hosted by poker newcomer Laura Lane, the man who has impressively gotten more mileage out of a 13th place finish in the Main Event than anyone in history Bernard Lee, and Andrew Feldman.

Given Lane’s status as the only host with a vagina, let’s concentrate on her for a second. Lane, who has a disappointing lack of photos in FHM and MAXIM thus far in her brief career, has been a reporter for ESPN Magazine, OK!, and MTV News, and has been an on-air commentator on MSNBC and Extra. Not sure if we like the blonde or brunette look better yet. We’ll keep you posted. That shit is important.

Inside Deal’s first three month run begins August 4th and continues until the completion of the November NineTM.

View more photos of Lane below or on her website here.