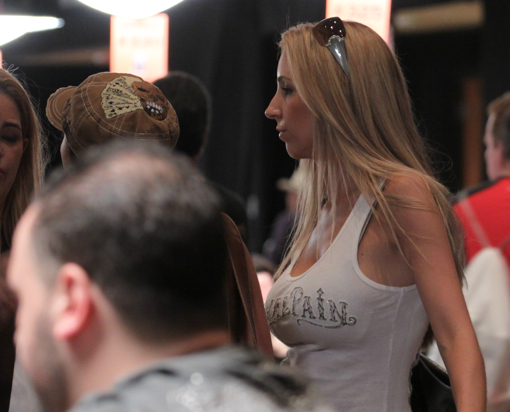 Michael "The Grinder" Mizrachi (left foreground) brought one of the bigger racks to the final table but was not able to capture his second 2010 WSOP bracelet.

We love cheesy/obvious newspaper headlines, and often try to think of what kind of headline a major event will have (it’s practically how we make our Kentucky Derby picks).

The victory gave Nguyen $394,807 and his 7th WSOP bracelet (crazy, right?), meaning he’s now just as good of a poker player as Phil Ivey* and Billy Baxter, tying them for fifth most overall.

Nguyen defeated the recently-on-60-Minutes Brandon Adams ($243,958) heads-up for the title.

* Not all statement in this post may be factually accurate.