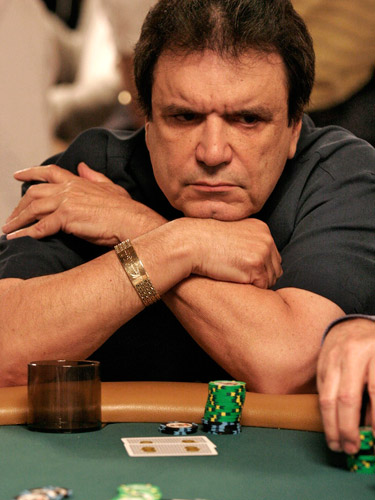 We know Razz is a pain-in-the-ass to play and can be really stressful, but this just ain’t right.

According to DanM at Pokerati, it looked like Cernuto was asleep at the table, but then people noticed he wasn’t really breathing, so they rushed him out. He was apparently able to use his cell phone on the way out, so we can only assume he’ll be OK.

Cernuto is still stacked at 21,300. Get full chip counts here.

UPDATE: Photos of the scene here.