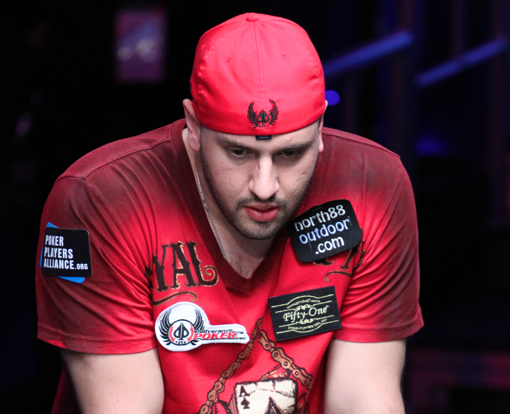 SPOILER ALERT: Don’t read the headline above. Or anything below.

Of note, as we reported here, both Brothers Mizrachis wore their Deliverance Poker patches without the dot-net attached during the $50K final table. From the ESPN preview (view here) it doesn’t look like they blurred it out but it’s hard to see it anyway in the footage they show. What is clear is neither wore their patches during their ESPN interviews. We’ll see how it plays out tonight.

:: The Grinder switching over to Full Tilt Poker during the Main Event here.

:: A Deliverance Poker Girl we’d squeal like a pig for here.