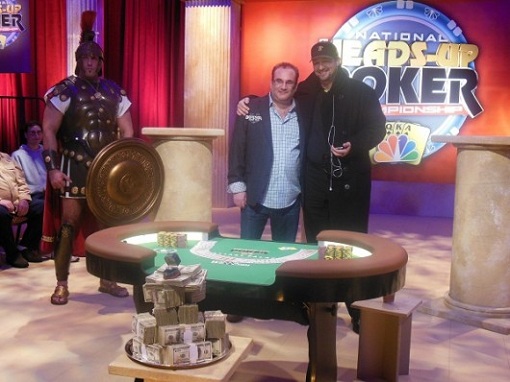 Mike Matusow is back from the dead. And so are we. For now.

Mike “The Mouth” Matusow, he of “Game Passed Him By 8 Years Ago” fame, defeated Phil Hellmuth to claim the 2013 NBC National Heads-Up Poker Championship.

It was a best case scenario situation for the WSOP and NBC. Let’s just say when they got in the money and were down to 16, a Dan Cates vs Dan Smith final was on the table–which is nowhere near as exciting a combo as this Dan & Dan.