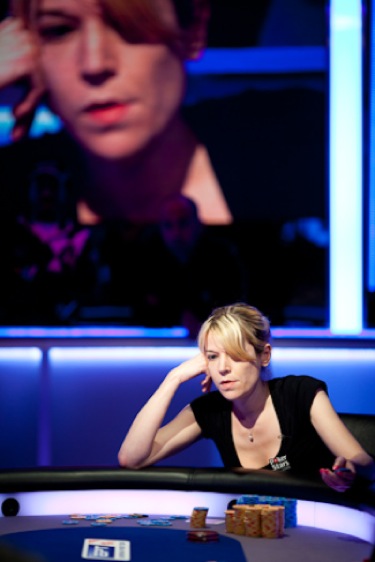 That was a close call.

In 2007, Annette Obrestad almost caused an early end to civilization. Obrestad, a woman, captured the first WSOP Europe Main Event title. While the skies opened, and fire did in fact rain down from the heavens, and the seas did rise, and Swiss musician Jean Balissat met his untimely passing…the world as a whole did not in fact end that day.

As we all know, according to the Mayans, the end will actually happen this year. Probably not too long after our civilization starts having Death Races (also supposed to happen this year). Regardless, the end nearly started sooner than we all anticipated as Lucille Cailly,  a woman, came thisclose to capturing the 2012 EPT Grand Final.

Fortunately for humanity, Mohsin Charania saved us all, or for another few months at least. After some deal cutting negotiating, Moshin won the 2012 EPT Grand Final, banking €1,350,000 and defeating Cailly (€1,050,000) heads-up for the title.

Cailly, had she won, would’ve actually become the first woman to beat a man in anything since Obrestad’s 2007 WSOPE victory. For real. Google it. Hasn’t happened.