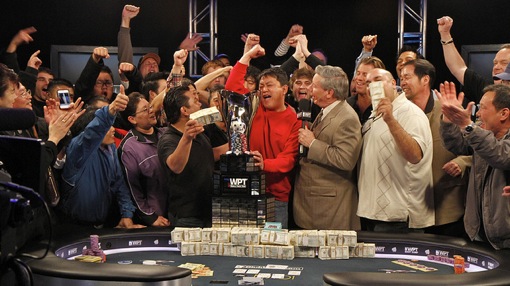 The biggest pro name in the field, Erik Cajelais, finished fourth for $256,300.

This was the first time in the tournament’s history that not one alleged/so-called “Shooting Star” made the final table.

* No relation to Darvin Moon.