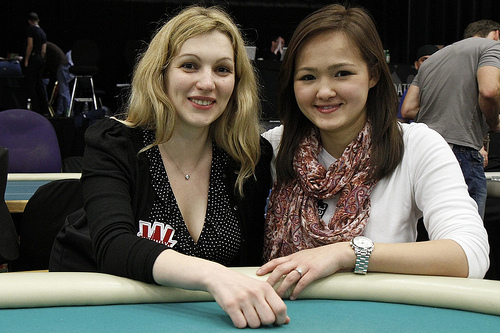 In the end, neither Almira Skripchenko, a woman, or Dinara Khaziyeva, a woman, could pull out victory in the WPT Celebrity Invitational.

Both were denied the chance to not become the first female winner of an open WPT event by Davidi Kitai of Belguim.

Kitai you may not recall won a 2008 WSOP bracelet. He has earned over $1.3M in career tournament earnings.

The aforementioned Almira took second for $50,000. Dinara took the least dinero, coming in sixth for $5,000.

And check out World Poker Tour live updates on Thursday for the 2011 LAPC Main Event final table where Carlos Mortensen goes for his fourth WPT title.