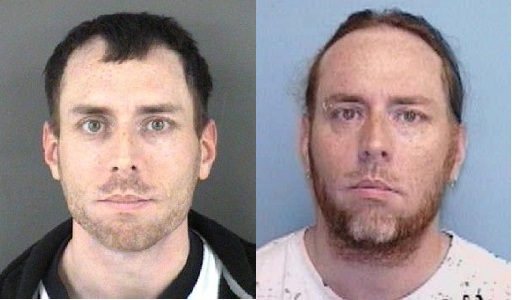 Not that there’s been a shortage of opportunities, but it’s been awhile since we’ve inducted someone new into the Stupid Poker Criminal Hall of Fame. That changes today.

Receiving the highest first ballot vote total since Essam Ahmed Eid is none other than the Borgata Counterfeit Chip Bandit—Christian Lusardi.

Welcome to the hallowed halls, Christian.

Lusardi, 42, was arrested in Atlantic City for his involvement in the counterfeit chip scandal that actually caused New Jersey Gaming to cancel the 4,000+ entrant opening event of the 2014 Borgata Winter Poker Open. Lusardi was Day 1C chip leader and cashed in the event for $6,814. He has a couple of previous cashes for about $30,000 in lifetime earnings, or approximately zero dollars of real cash value in fake tournament chips.

According to the AP, it all “went to shit” (paraphrasing) for Lusardi when hotel guests started complaining of leaking sewage pipes in their rooms. Investigators went on to find $2.7 million in counterfeit chips clogging said pipes in Lusardi’s Harrah’s hotel room. Whoops.

According to BLUFF, Lusardi actually got even more stupider, going on 2+2 and confessing the crime: Copy & paste:

This seems to coincide with some mysterious posts that surfaced on Two Plus Two just past midnight on Friday morning. “justbecauseican” – a first time poster – claimed in his first post that the responsible party would be arrested on Monday and that the counterfeit chips were “never supposed to be extra chips added. It was more of a ‘set someone up’ kinda thing.”

Then he posted, “I flushed the rest down the toilet. Why the toilet? I don’t know. If Harrah’s had better plumbing I may not be posting this right now.”

Seriously. He really did that. Read more about that on BLUFF here.

Even MORE shocking was that everyone’s odds-on-favorite to be involved in the scandal, Men “The Master” Nguyen, apparently was not even remotely involved. This was the most shocking upset since Shakespeare in Love beating Saving Private Ryan for Best Picture at the Oscars.*