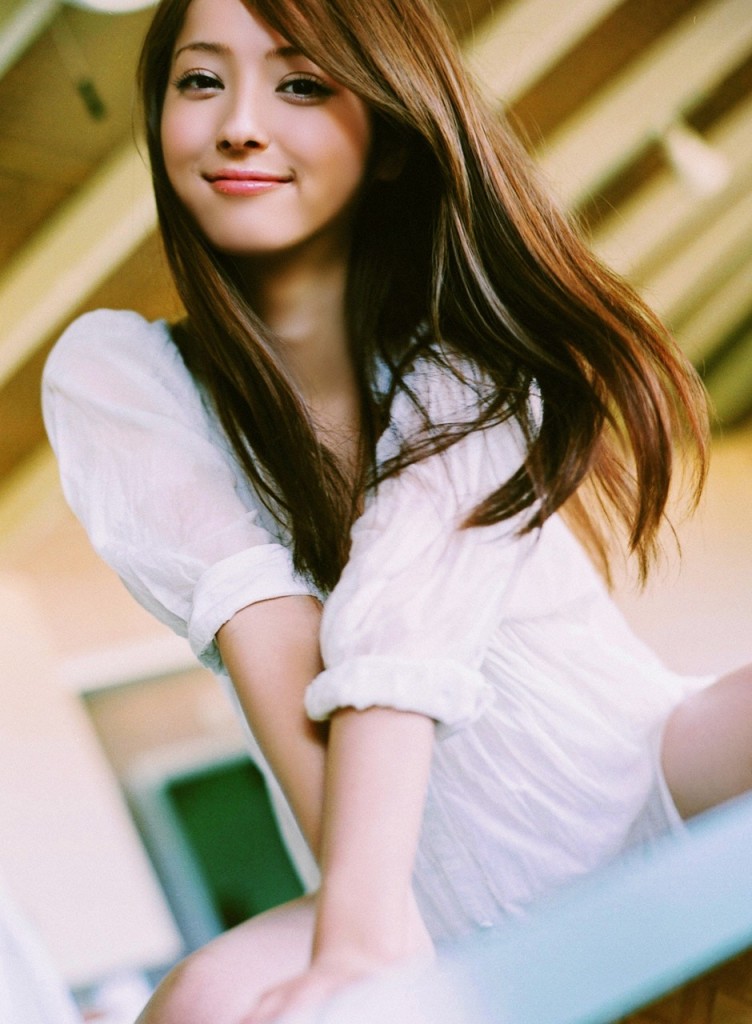 Nozomi Sasaki is a gravure idol which is like the Japanese version of a Page 3 girl, or put another way, a Keeley Hazell that can't drive.

This week’s Friday Night Parting Shot Girl is 21-year-old Nozomi Sasaki, who like Mikie Hara and Kana Tsugihara is one of those sexy cute Japanese gravure idols known for posing for countless photo shoots in next-to-nothing, otherwise known as the greatest thing ever. Coincidentally, Nozomi also looks pretty much identical to Mike Hara and Kana Tsugihara. Not that we’re saying all Asian girls look alike, but let’s just say if we were dating one though we’d probably have to pull a Michael Scott.

In important biographical news, Sasaki has had a few film and TV roles in the Asia countries and is also a ring girl for Dream MMA fights.

Check out the photos of Nozomi below before it gets bumped by a post about Jeff Madsen winning the Borgata Winter Open. Video of Nozomi making faces here.