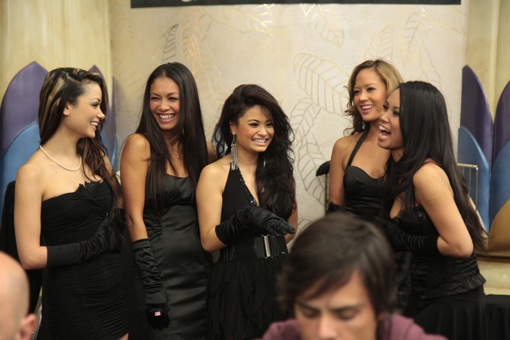 Entity Snake (right foreground) is among the remaining few at the WPT Celebrity Invitational.

While Chops busted early and The Addict hung on to late in the evening before being eliminated, Entity Snake ended Day 1 of the WPT Celebrity Invitational among the chip leaders, stacked eight overall.

As of post-timeTM, Snake is still among the 72 remaining, but has lost about 40% of his starting stack. Still, not bad considering he ran a marathon this morning and then later did some blow with Marcy Playground who also happened to be staying at the Commerce. Only one of the two things in the previous sentence is true. Guess which one.

At the NAPT Venetian $5,000 buy-in Main Event, a total field of 872 registered by the end of Day 1, creating a first place prize of $827,648. Current notable big stacks include Chris Moneymaker, Daniel Negreanu, and Vanessa Rousso, a woman. Get full chip counts here.