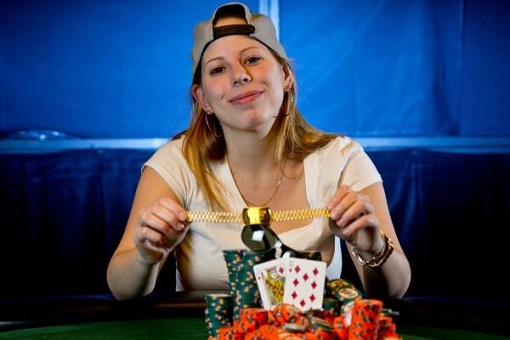 Loni Harwood, a woman, won an open event bracelet and vaults to #3 in the POY standings.

When it happened the first time, we thought it was cute. Like, “Awwww…how sweet. She must’ve kept flopping trips and over-playing bottom pair and Ace high to victory like a French person does.”

But when something happens twice, that’s like a trend.

Loni Harwood, a woman, won 2013 WSOP Event #60 ($1,500 NLH). This makes the second open bracelet win for a woman this WSOP. Just read that sentence again. It was not a mistype, like we thought Gjergj Sinishtaj‘s name was.

Harwood’s $609,017 cash was the single largest score by a woman in WSOP history.

If this trend continues through the Main Event, maybe Ty Stewart will get what he predicted back in 2010: that this year’s WSOP will be the Year of the Woman.

In Gjergj Sinishtaj news, Gjergj Sinishtaj (real name) finished sixth in Event #61 ($10,000 PLO). One high-stakes pro texted us yesterday that, “Jeorgej [sic] is one of the best young players.” So there’s that. Let’s get this kid some followers on Twitter already.

The event was won by Daniel Alaei, ex-Carmel Petresco bf and still is pulling hot girls, who earned his FOURTH bracelet and $852,692. Keep forgetting that Alaei is one of the best players in the world. 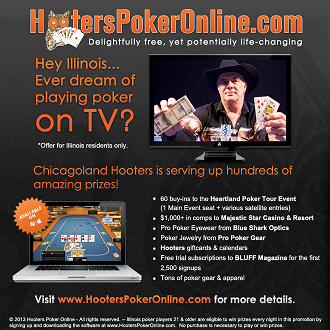