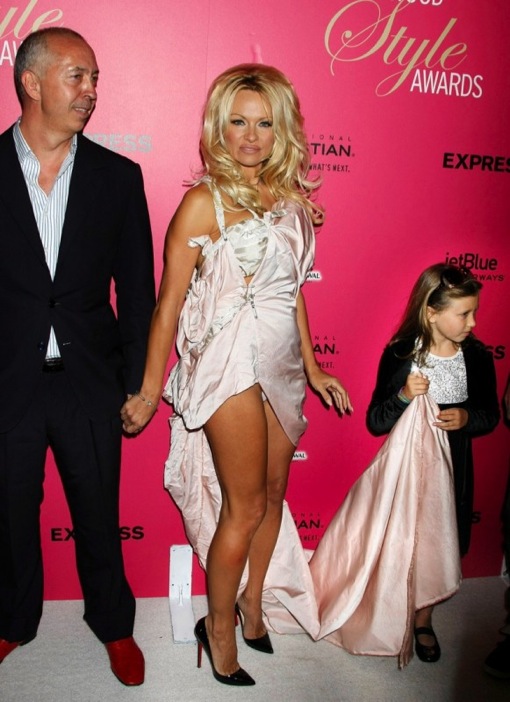 You know it's a slow poker news day when...

Wow, it’s a slow day for poker news. So let’s go with this for now and call it a day.

Part-time poker player and poker player marryer Pamela Anderson is catching heat today for apparently using her daughter as a little servant at the Hollywood Style Awards this weekend. Says Page 6 (via www.wwtdd.com):

“She didn’t even have her own seat and had to sit at Pamela’s feet, where people nearly stepped on her to get to the stage. The girl looked uncomfortable and kept tugging on her dress to get her attention, but Pamela waved her away…Pamela was telling people it was her daughter,” the attendee said. “And, after she presented David LaChapelle with an award onstage, she shouted ‘daughter’ in front of the whole auditorium, and slapped her leg like she was calling a puppy. The girl rushed up to grab her train.”