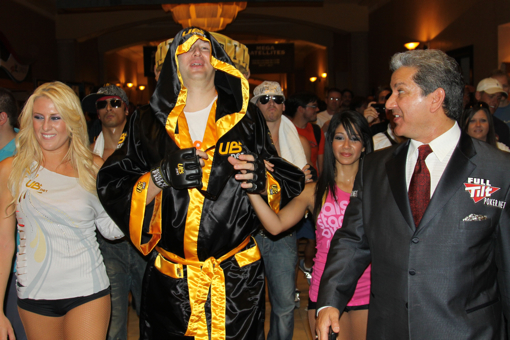 More and more chatter is circulating the so-called “Internet” about whether or not Phil Hellmuth is leaving Ub.

Hellmuth has been spotted recently at a number of events (and in his own Tweets) not wearing his Ub cap or logo.

This has led to speculation that Hellmuth is leaving the only online poker site he’s ever been with. BJ Nemeth wrote that Hellmuth and WSOP.com would be a natural fit. And 2+2 is a good 13 pages deep on thoughts about the lack of logo love.

“I can’t discuss my agreement with Ub due to confidentiality reasons, so I’m leaving it up to my agent.”

Hellmuth is represented by Brian Balsbaugh at Poker Royalty.

Whether or not Hellmuth and Ub part ways remains to be seen, but usually where there’s smoke, there’s fireTM, so we’ll see how this plays out.