UltimateBet threw their 2009 WSOP party last night at Studio 54 in the MGM Grand. At it, we caught up with Phil Hellmuth, who details what we can expect from his Main Event entrance this year. The words “grand spectacle” are probably an understatement as Hellmuth will be led in dressed as Julius Caesar (seems appropriate), have 100 models and 11 muses in body paint greeting him (can we get Lacey Jones as one of them? She has experience…), and had he gotten clearance, would’ve been accompanied by elephants. Elephants.

There are some other cool gems in the interview even we didn’t know about (like him and Phil Ivey having RV’s outside the Rio) and a requisite celebrity name drop, so go above and give it a watch.

Below some photos from his 2007 WSOP Main Event entrance. Relatedly, our exclusive video of Phil Hellmuth crashing his race car. 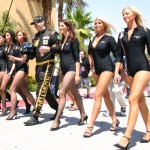 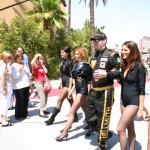 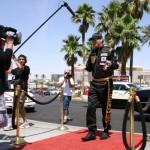