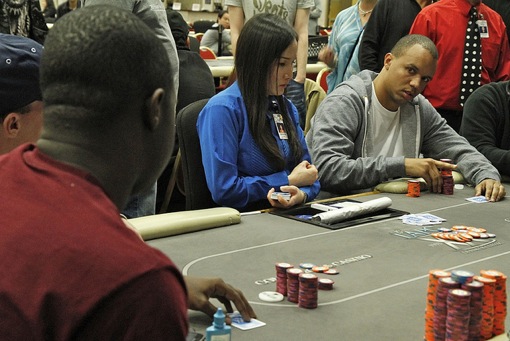 Phil Ivey was thisclose to cashing in the 2012 WPT LAPC, but fell a spot short.

A lot of the biggest names remaining in the 2012 WPT LAPC fell late on Sunday, but the remaining field of 54 is still pretty loaded.

The star who brought the biggest buzz–Phil Ivey–was eliminated one spot shy of the money in 55th place. Other late eliminations included Phil Hellmuth, Erick Lindgren, and Jennifer Harman.