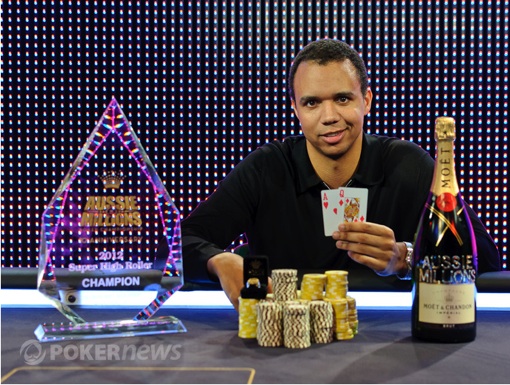 "Man it feels good not having to wear that fucking cap all the time. I bet you fuckers didn't even know I had hair. Where does this win put me on that fucking GPI thing?" - Phil Ivey, January 29, 2012

When play resumed at the 2012 Aussie Millions Main Event with 12 remaining, Phil Ivey was short-stacked. However, Phil Ivey is Phil Ivey, so short-stacks don’t mean shit to him. He’s Phil Fucking Ivey afterall.

However, Ivey rebounded quickly from the dick kick.

Not long after his elimination, Ivey became one of 16 who entered the $250,000 Super High Roller.

And you know something, the motherfucker won it.

Ivey banked $2-fucking-million dollars and scored his first title in only four events back since his self-imposed exile.

The “in the money” group had a very Full Tilt-ish feel, as Patrik Antonius finished second ($1.2M AUD), and Gus Hansen came in third ($800,000 AUD). Daniel Negreanu bubbled the money in fourth.