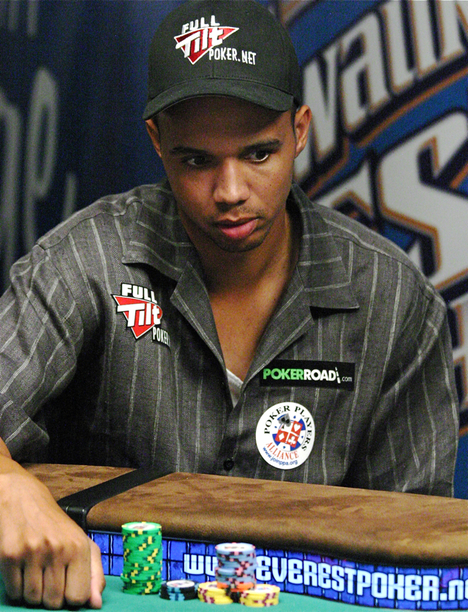 Let us usher in the Phil Ivey is the Tiger Woods of poker stories...

Phil Ivey has made the 2009 WSOP November NineTM. And now, expect the mass media to immediately jump on the “Phil Ivey is the Tiger Woods of PokerTM” bandwagon.

In fact, if we were Seth Palansky and the WSOP crew (cough cough), we’d be pushing this story out there as the preeminent theme of the final table.

Next to Daniel Negreanu and Phil Hellmuth, Ivey is arguably the most marketable name in the game. If ESPN actually hypes the N9 players this year, Ivey will galvanize the attention and be the face of poker for the next four months. It’s a given. Lock it in.

And to make Ivey a story that relates to the masses, you will be inundated with the Ivey-Woods comparisons. They’ll say that Ivey has unparalleled talent in the game, like Woods. Ivey’s track record is unmatched, like Woods. And ratings will spike for the November Nine just like when Tiger Woods is in contention in the Masters on Sunday.

But is the Ivey-Woods comparison fair? Possibly. Ask any top pro and they will say that Ivey is the most feared and talented player in the game. Nobody has had the success of playing online, live cash, and live tournaments as Ivey. With seven WSOP bracelets (although none in no limit hold’em), Ivey is easily on pace to surpass Phil Hellmuth’s record total. And Ivey only needs a top 4 finish in the Main Event now to become the highest grossing tournament player of all-time.

The major difference between the two is that while Woods has actively cultivated himself as a brand, Ivey could care less. While he likely won’t turn down appearances on Leno like Peter Eastgate did last year, Ivey isn’t the type of guy who would greatly look forward to it either (like a Negreanu or Hellmuth).

Whether the comparisons are fair or not, the one thing that is certain is poker is much better off today that its most talented player has finally made the final table of its most prestigious event.