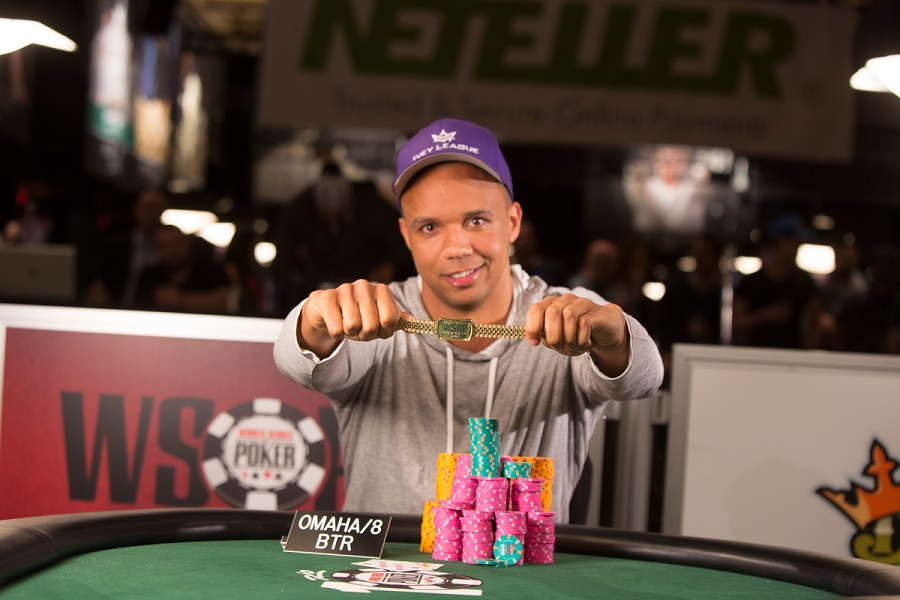 One more of these and he passes Doyle and Chan.

Not really sure where to even start here.

Let’s get this out of the way first: Phil Ivey captured his 10th WSOP bracelet on Friday.

Post Moneymaker EffectTM, Phil Ivey has won 6 WSOP bracelets. Nobody has won more than Ivey during that time (Phil Hellmuth has won 6 if you include the Moneymaker year of 2003–but the real explosion in fields other than the Main Event happened in 2004). Considering the size of the fields and increasing skill level of the players, Ivey’s six bracelets since 2004 is one of poker’s most hard to believe stats, right up there with how-the-fuck-does-Layne-Flack-have-six-total-bracelets.

Ivey’s 10th WSOP bracelet ties him with Doyle Brunson and Johnny Chan for second all-time. They all trail Phil Hellmuth’s 13 total bracelets. Not one of Ivey’s bracelets is in hold’em.

Since 2004, the only other people with four WSOP bracelets are the aforementioned Hellmuth, Daniel Negreanu, Daniel Alaei, and Tom Schneider. In that context, Ivey’s six modern era bracelets are an amazing feat. Winning bracelets ain’t easy.

To further that point, Phil Ivey and Daniel Negreanu had a joint bracelet prop bet this year on whether either of them would win one. A lot of money came in on the “No.” There’s a good chance Ivey will collect more off that prop bet than the $167k he takes for the tournament win. Daniel will earn less, however, than what he’ll likely get paid if the Amaya and PokerStars deal goes through. Um, he’s having a really good summer. Negreanu tweeted after the win:

Phil Ivey just won!! If you owe me money I’ll be at Rio Sunday. Fun sweat all summer and my man got the job done. Phew!