Home   Poker Player Jerry Buss Has Better Things To Do 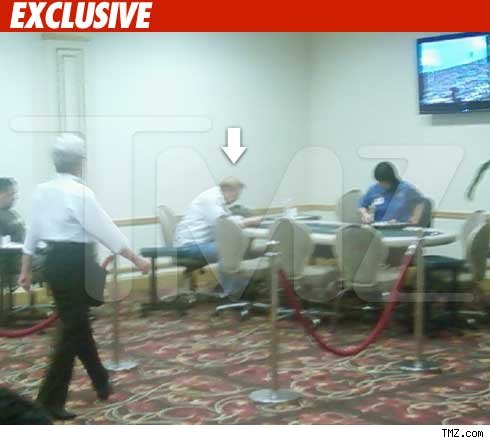 Jerry Buss opts for a game of Solitaire at the Bike over attending the Lakers' victory parade yesterday (for the visually impaired this photo courtesy of TMZ.com).

Apparently Los Angeles Lakers owner Jerry Buss really, really, really hates victory parades. So much so he’d rather play poker by himself at the Bicycle Cashithole than attend his team’s celebratory march through L.A. on Wednesday.

We captured the exclusive photo above of Buss playing at the Bike yesterday as the Lakers’ parade airs live on TV, and by captured we mean ripped it from this TMZ.com post.

While we get not wanting to be around a bunch of overly enthusiastic fans who inexplicably loot and vandalize crap after their team wins the NBA championship, playing poker at a craphole like the Bike isn’t what we’d be doing. No, if we were Buss we’d be killing time doing this (again here).