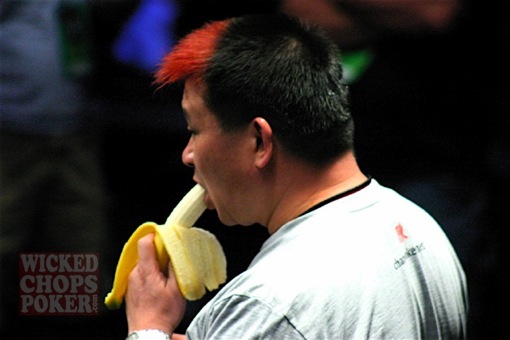 Johnny Chan will be eating a lot of bananas if he's on Survivor 22 in Nicaragua.

Some rumors circulating on this one so let’s just get the SEO train going: is Johnny Chan going to be on the next season of Survivor?

Really, that’s all we got. Some forum chatter on a poker player perhaps being on the cast of Season 22. And then Johnny Chan didn’t update his twitter page for awhile (read July 29th and then Oct 3). So obviously it’s true.

In reality, Johnny Chan on Survivor rumors ultimately just gives us another reason to post the above photo and take a break from consecutive World Poker Tour posts.