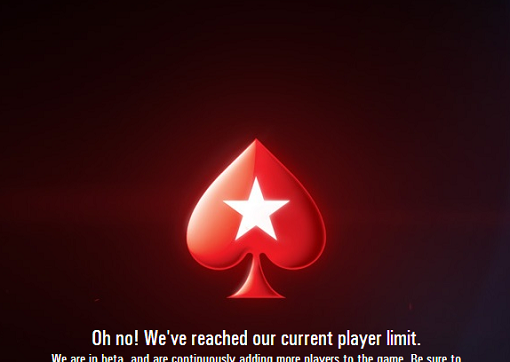 In their continuing (successful) effort to dominate poker “vertically” across the globe, PokerStars launched a free-to-play game on Facebook this week.

It’s either doing really well or really not, as the Beta site is currently overloaded and over capacity.

What does the launch mean for PokerStars? Probably nothing. Free-to-play gamers don’t convert to real money players anyway. By Black FridayTM only about 1 in 40 .net players converted to real money depositors based on some industry insider data.

But PokerStars can continue pushing its brand out via new channels and reaching future (albeit at a low percentage) depositors.

Check out the game (if it’s back up) here.

Read more about the launch here.