Home   Poll: Should Ferguson and Lederer’s Punishment Been More Harsh? 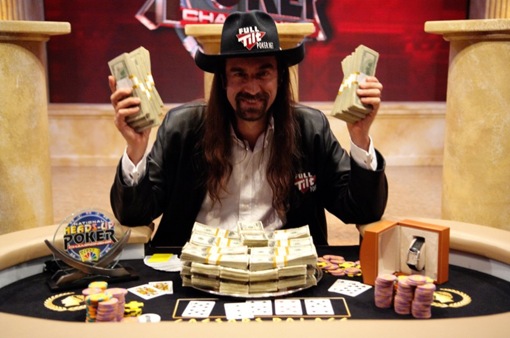 Can someone photoshop those bricks from his hands?

With the recent settlement of Chris Ferguson (we refuse to call him Jesus, as should the rest of the poker community) and the U.S. American Government (read more about it here), the ugliest chapter in online poker history (to date) has more or less come to a close. And that begs the question: did Howard Lederer and Chris Ferguson get off easy?

The topic was discussed on the Wicked Chops & Gavin podcast last week, and we’ve heard lots of feedback from industry friends on our take. So we’re putting it out to the people.

To recap, both Lederer and Ferguson avoided a second of jail time. They both paid fines. Ferguson can feasibly work for any legal U.S. online poker entity today if he wanted to (i.e. Caesars, Ultimate Poker, etc.). Lederer can’t get a similar job until after online poker is legalized in the U.S. Read more about the settlements and differences here.

So what do you think? Vote below, results posted at end of the week.