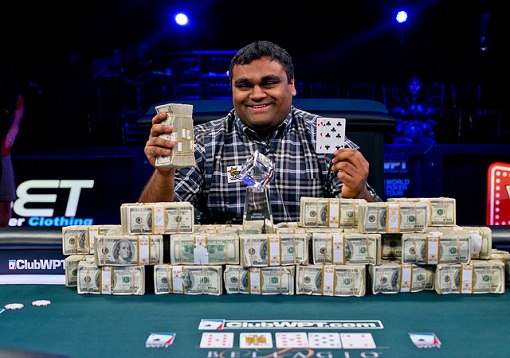 Ravi put an end to Antonio’s run good. Sort of.

Somebody had to stop him.

Antonio Esfandiari has had a good year. $18M dollars (or math math math a little over $4M) will do that. As will a WSOP-E bracelet.

The Magician was taking aim this week on his second WPT Doyle Brunson Five Diamond title–having won it two years ago and final tabling it last year.

Esfandiari dominated play for much of the event, and took the chip lead to the final table. However, somebody else–dare we say–pulled a rabbit out of his hat?

That somebody would be Ravi Raghavan, which we believe translates in Hindu to “spicy Indian ravioli.”

Get full results and recaps here.