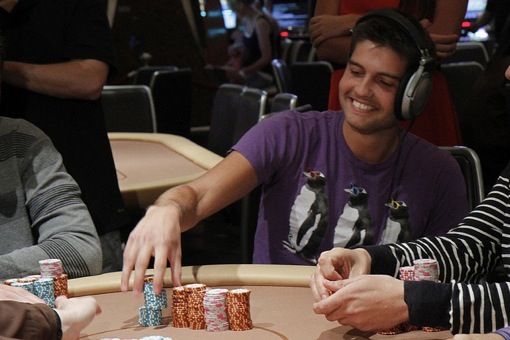 Joe Serock is your WPT Player of the Year--for now. Unless Moon Kim takes over the lead.

It’ll be a short day at the 2012 WPT Championship, as the final nine play down to six for the TV final table.

Joe Serock took over first place for the WPT Player of the Year award by finishing 10th in the event. Moon Kim (what? who?) could still claim the title though–he currently sits sixth in chips.

In related news, it was an impressive turn-out for the Super High-Rollers event, as 32 players dropped $100,000 of their bankroll just a few days before the WSOP begins.

Proving that at least some people who were Team Full Tilters still have money, Erik Seidel and John Juanda both entered, and both ended play as short-stacks.