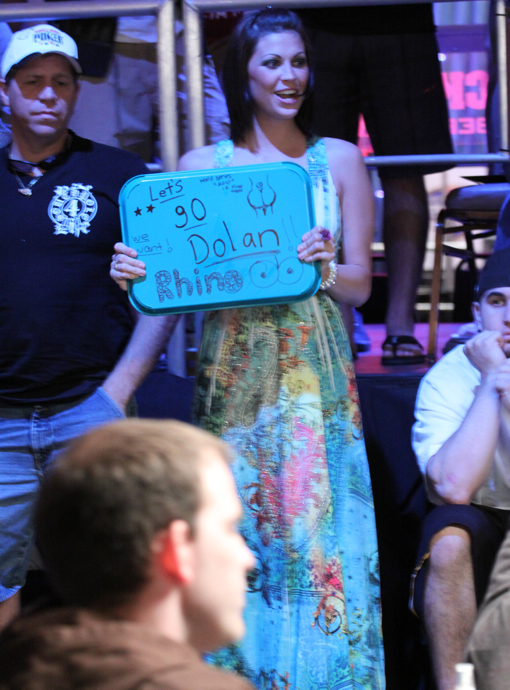 Pretty, artistic and likes to go to strip clubs? Might as well hold a sign that says "Marry Me."

John Dolan, if you’re reading this and the girl above is your girlfriend, lock it up. Doesn’t get much better.

In the spirit of past Girls on the Rail with nicknames, we’re gonna go with Rhino Girl for her. Sure it’s not as flattering as Ass Girl, BAM! Girl, or THO Girl, but it’s late here at the Rio and it’s better than Cafeteria Tray Girl. Got something better, share in the comments.

Below, more photos of Rhino Girl …