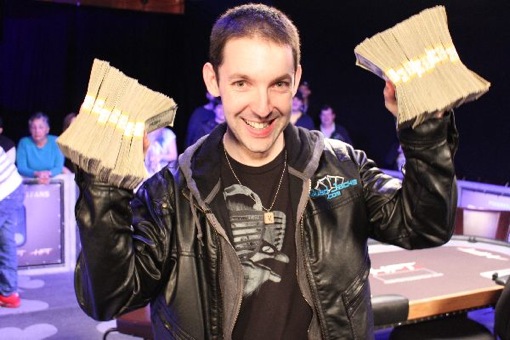 Rob Perelman, or better known as veeRob to you, took down the first Heartland Poker Tour event of 2011.

An impressive start to Season 7 for the Heartland Poker Tour.

Hosted at Red Rock Casino, the event brought in 533 players. In what should make a “good TV” final table, there were plenty of notables, including MMA star Heath Herring, J.J. Liu, a woman, and Rob ‘veeRob’ Perelman.

In the end, the aforementioned veeRob took it down, banking $158,755. For those unfamiliar, veeRob is a FOWCP, part of the so-called poker “media” (many of whom were on hand as part of his final table cheering section) and a frequent casher on the circuit.

Get full results here. And watch the below vid for highlights from the kick-off party last Thursday night.