Home   Rounders 2 Is Officially, Finally, For Real This Time A Go 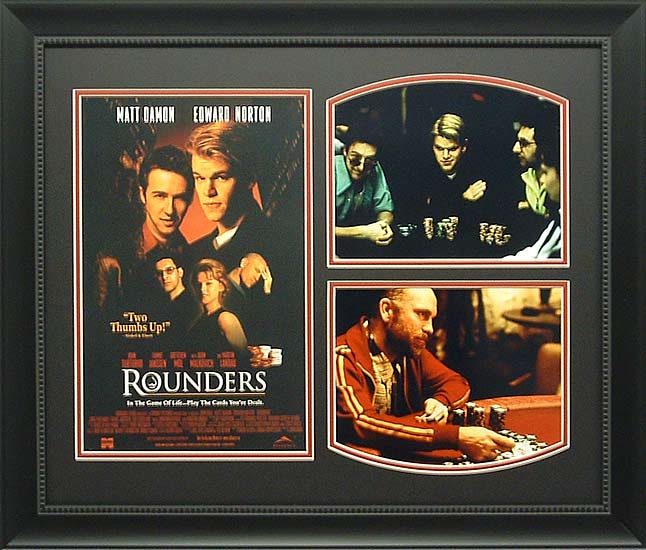 The greatest poker movie of all time is getting sequeled.

The oft-rumored, almost-there-but-not-really sequel to Rounders (aptly titled Rounders 2) is now seriously for real this time green lit for production.

Thanks to a The Weinstein Company (TWC) spin-off, sequels for films like Rounders and Shakespeare in Love* will go into production. Qatar Holding and Miramax will finance these projects (among many others), solving a major issue that’s held up Rounders 2 for awhile (i.e. who is paying for it).

Harvey Weinstein of the TWC says production on Rounders 2 will be “instantaneous.”

According to The Internet (and deadline.com), writers David Levien and Brian Koppelman “have a great idea, a way to make it more international.” Hopefully it involves McD figuring out how the GPI and Poker Fantasy Manager will make money, then tackling where the hell he can find TV show Poker Night in America on TV.

While we acknowledge we’re in the minority on this opinion, we hope Rounders 2 is as good as guilty pleasure of the year Runner Runner.

So what direction could the movie go? Given Levein and Koppleman’s knack for nailing poker world culture, nomenclature, and accurately reflecting the state-of-the-state, it would certainly make sense that McD would be a bracelet winning pro with some notoriety. Maybe he’s gone on to high stakes cash games in Macau or overseas post Black Friday. We could see Worm taking on a Kirk Morrison role, disappearing off the face of the Earth after getting in trouble, then popping up hoping McD will save him. Intrigue follows.

Or mix it up…maybe McD had some major personality leaks, losing millions on sports betting, and it’s Worm who hit the jackpot early with online gaming and is bailing him out.

Whatever ends up happening, we anticipate Rounders 2crushes the original’s box office gross. And that Gretchen Mol probably won’t be in it.

* Side rant: we don’t throw the word “travesty” around lightly, but Shakespeare in Love beating Saving Private Ryan for Best Picture was an outright travesty and the single biggest “what the fuck” in Academy Awards history. That piece of light-weight fluff defeating a great movie about the Greatest GenerationTM? Travesty. Exhibit A on Why Most People in Hollywood Suck.