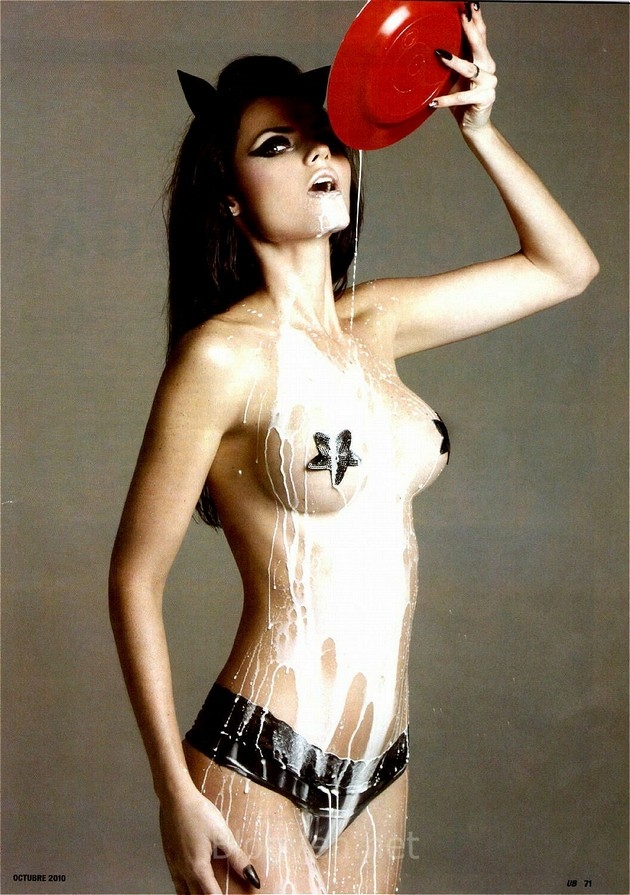 Claudia La Gatta half naked pouring milk on herself is to us what the impressive turnout at the WSOP-C Regional in Hammond is to Harrah's.

As expected, an impressive number of “big name” pros showed up for the first ever $10,000 WSOP Circuit Regional Championship, held at the Horseshoe Hammond (Chicago), and with the 226-person field cut down to 114 after Day 1, a decent number still remain.

Leading the field is Ryan Julius, who ended the day with 265k, and in second is Jonathan Tamayo, with 186,300.

The tournament, which generated a $2.1 million prize purse with first  taking home over $500k, will be the first WSOP-Circuit event to air on VERSUS in 2011.

If you’re wondering if  Harrah’s is pleased with the success of the event, check out its press release here. Pretty sure they had to clean up after writing that.