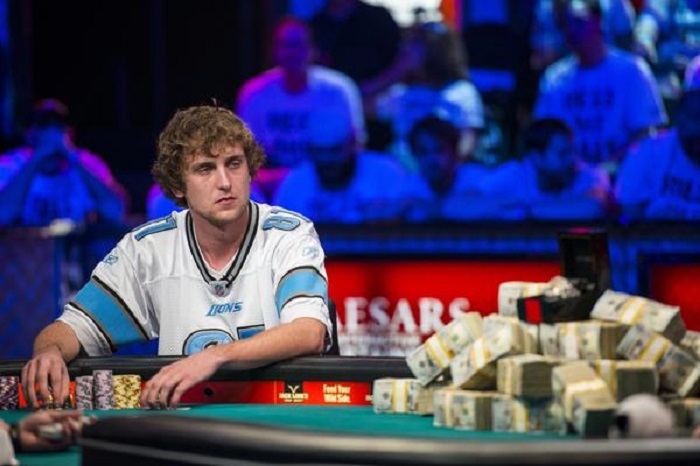 Riess, 25, simply out-played runner-up Jay Farber, 28, who came up just a little bit short in his bid to become the most straight-up amateur winner since Chris Moneymaker.

Before final table play started, Riess said he was the best player among the November Nine. He backed it up, playing better than anyone. For the win, Riess banks $8,361,570. Farber earns $5,174,357 for second.

The tweet of the night came from Bill Simmons, who accurately dubbed Riess “Megatron Nowitzki.”