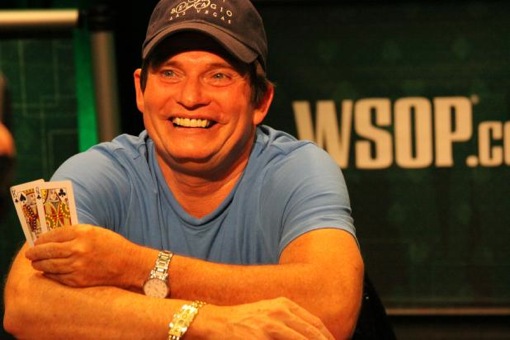 Depending on how you look at things, the 2011 WSOP Circuit National Championship, with its TV final table and $1M freeroll, was either a massive success…or it wasn’t.

The field consisted of the 100 top point accumulators from WSOP-C events over the past year. While not made up of the top of the top pro players, that’s also not necessarily the target group of the WSOP-C. Most of the 100 were “local” (i.e. non-Vegas/Cali) grinders or regular Joe players. For every the man, the myth, the legend, Black Phil Ivey, Big Sldick, the one and only Dwyte Pilgrim, Shannon Shorr, or Brandon Adams in the field you had a dozen Will Souther‘s, Bruce Hoyt‘s, or Scott Lipschutz‘s.

End of the day, the WSOP-C is not competing against the EPTs, defunct U.S.-based ONYX Cups, or, well, the WSOP. The WSOP-C is competing more against successful regional events like the HPT while also trying to drive foot-traffic to regional Caesar’s casinos. And with a televised million dollar freeroll with a bunch of “locals” nobody has ever heard of, the WSOP-C may end up getting the trickle down effect its looking for in creating buzz, interest, and eventual profits, from this more “local” crowd.

With that out of the way, the 2011 WSOP Circuit National Championship wrapped on Sunday. Sam Barnhart, who given the above preamble would qualify as just about the perfect guy to take down the event, took down the event.

Barnhart is a 50 year-old semi-pro software analyst from Little Rock, Arkansas. For the win, Barnhart captured the first bracelet (yes, this is considered the first bracelet event) of the 2011 WSOP. Barnhart also banks $300,000, which, combined with $148,162 he won by capturing the WSOP-C Tunica event to qualify for this championship, now makes him the richest man in aaaallllll of Arkansas.

After the win, Barnhart said:

“This is a wonderful feeling.  It’s one of the best feelings I have ever had in my life.”