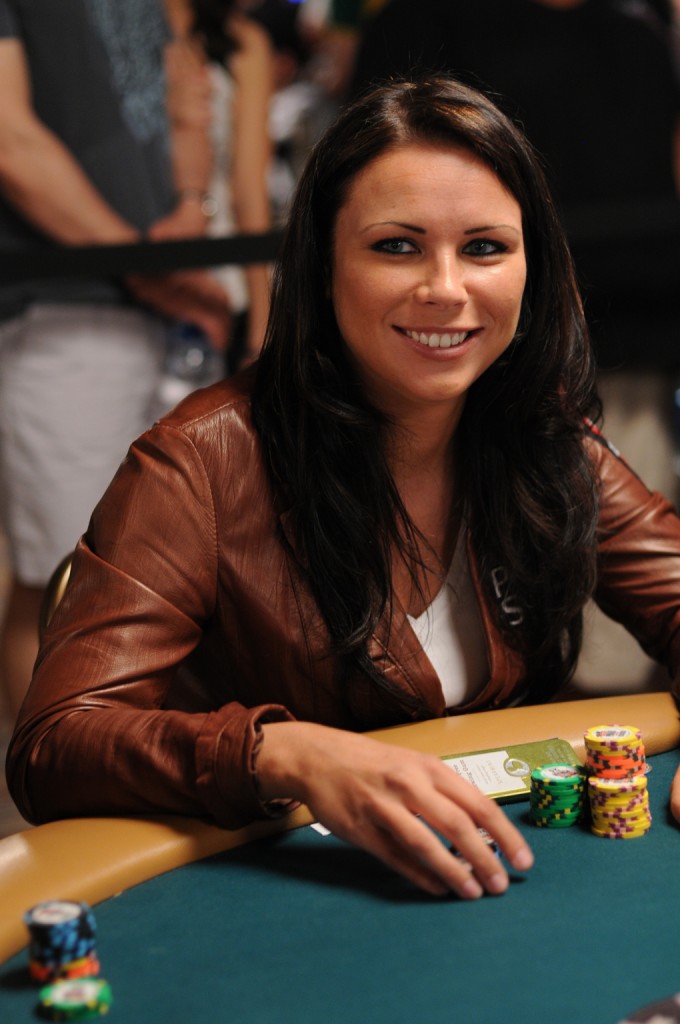 Sandra Naujoks busts a smile before busting out of the 2009 WSOP Main Event.

ESPN chat with the Entities from earlier today here.