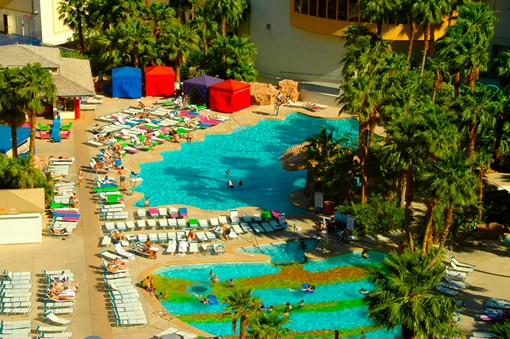 Somewhere in the above photo, there are topless girls trying to get guys to pay them for sex. Allegedly.

If you attended the 2008 WSOP or 2009 WSOP, the Sapphire Pool girls were absolutely unavoidable.

They were the first “display” of sorts as you walked down the hallway to the Amazon Room. If you were at the WSOP daily, it’s likely that you turned away at least 747 attempts of to hand you a Sapphire Pool flier.

Who knew so many of the girls working that booth were working girls? Allegedly.

Last week the Sapphire Pool was shut down and arrests were made for prostitution and drugs. Since it’s highly possible at least a few of our readers were approached by the below girls, or at least saw them topless, here’s a photo dump of the prostitution arrests (via Las Vegas Sun).