Home   Sara Jean Underwood Doing Yoga
All right, Sara Underwood ranks among the hottest girls we’ve met in person. Joanna Krupa territory. You could give her a show in primetime network TV doing nothing but yoga and it would get better ratings than anything except American Idol.

The above clip is a preview of her yoga session that will appear on Poker2Nite tomorrow. Well, from an editor’s perspective. Probably some fwaping going on that luckily didn’t make the audio. 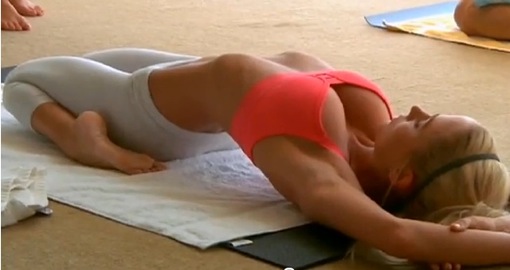