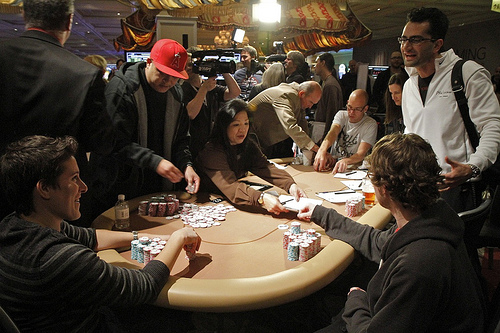 Antonio Esfandiari and Vanessa Selbst will attempt to bag up a WPT title on Sunday.

And this year, Antonio looks to do it again, making back-to-back event final tables.

Looking to become the WPT’s first ever female open event winner is Vanessa Selbst, a woman, with 2,250,000.