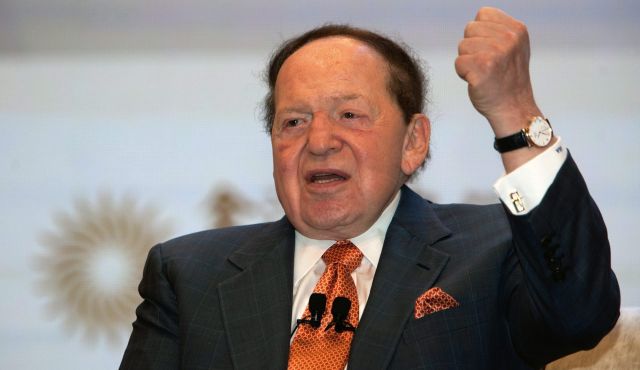 Get off of my lawn!

* The following is an excerpt from the March issue of BLUFF Magazine.

The poker community is an interesting bunch of people.

If you’ve scanned forums, sites, and social media covering the industry the past few years, you’ll see righteous indignation and keyboard warriors pounding people like Jay Newnum, Erick Lindgren, Joe Sebok, and others into a virtual pulp on a regular basis.

Some of the people who have been the scourge of the community certainly have deserved criticism, but the poker mobs would be better served directing their anger elsewhere.

Two prominent gaming industry legends are actively trying to kill employment opportunities and keep the mass population from doing something they want to do—and are getting a comparative free pass from the public for it.

Adelson and Wynn are doing whatever it takes to block online gaming from happening in the U.S.

Adelson and Wynn’s stance against online gaming is more than just two “get off my lawn” dinosaurs not “getting” the Internet. Their multi-million dollar lobbying attempt to block the spread of iGaming is hypocritical, whiny, pathetic, and self-serving.

They know the train has left the station. They missed it. So now they just want to blow up the track.

And you’re not mad enough about it.

Depending on which estimates and reports you read, anywhere from over 10,000 high-tech jobs to over 35,000 total U.S. jobs would be created from fully regulating online poker and gaming (we believe it is closer to the AGA’s 10,000 figure). Most of these would be high wage-earning jobs. Many would be created in economically depressed states like Nevada, New Jersey, and California.

Online poker is legislated, taxed, regulated, and making money for governments in democratic societies across the globe without leading to the disintegration of those countries’ collective moral fibers. Yes, online gaming is helping create revenue streams for governments that need the money.

If you believe these gaming titans–two guys who have made billions in the brick & mortar gaming industry–solely oppose online gaming for moral issues, then maybe you’ve been smoking too much of Paul Wascika’s good stuff in Colorado.

They oppose iGaming because their competition in Vegas—the Caesars, Fertittas and MGMs of the world—beat them to the punch and can make up some of the financial ground that they’ve lost to the Sands and Wynn’s wildly successful land-based operations and Macau expansion.

So instead of embracing competition, they’re trying to block it. Instead of helping create jobs and tax revenue for the government, they’re spending millions to oppose it.

Part of what makes America great is competition. Innovation. Moving forward with the times as opposed to turning the clock back and trying to block progress.

When it comes to iGaming, Adelson and Wynn oppose what makes America great. And they oppose it because they’re losing. Instead of trying to catch up and embrace progress–they stand in the way.

Read the full column in the March issue of BLUFF.