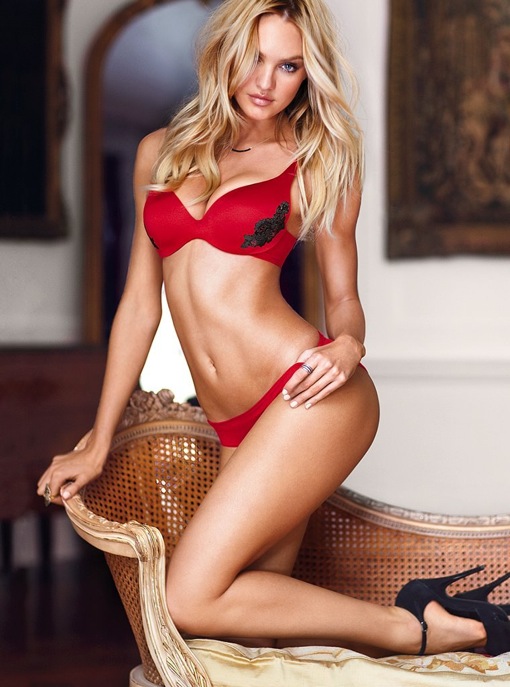 One thing that hasn't changed six months after Black Friday? Candice Swanepoel being to lingerie shoots what Lil' Wayne is to rap songs.

Today marks the sixth month anniversary since The Events of 4/15TM. We’re going to expand on this further when we launch Wicked Chops Insider this coming week, but half-a-year after the DoJ crackdown, here our Six Things We Believe post-Black Friday.

1. It’s going to be awhile before there’s online poker again in the U.S. Yes, there are some positive signs that online poker is on the Congressional radar (read about the Barton-Frank alliance here). But there are plenty of signals  indicating it will still be some time before anything happens on the legislative front. As a general rule, we plan for the worst, and hope for the best. The general industry consensus is that if nothing is passed by the end of this year or first quarter of 2012, we could be in for a long, loooong wait. We still believe the most likely scenario is online poker legislation gets pushed through during the lame-duck month after the 2012 elections/mid-term (it may be Senator Harry Reid‘s last chance to do it–and he owes the Nevada brick & mortars for his last re-election). If that’s the case, we’re still looking at sometime around 2014 or 2015, in all likelihood, before anyone is playing regulated online poker in the U.S.

2. Nobody is buying Full Tilt Poker. We’ve stated it before and we’ll state it again: we want a qualified buyer to purchase Full Tilt Poker and honor worldwide player accounts. We do not want Full Tilt to fold. However (and we’ll expand on this more in an Insider column we’re working on), it just doesn’t make financial sense for anyone to acquire the company. The total nut owed to players and the DoJ is too massive, and it would take too long for a purchaser to realize a return on that investment. So unless some creative financing/penalty payments are negotiated, Full Tilt Poker will not be sold.

4. Poker on TV is going to look a lot like 2004 again. THE major reason for the boom of poker programming on TV was that all of the shows were either time-buys from the online sites, or were specifically designed to capture online poker advertising dollars. We broke that NBC has pulled its National Heads-Up Poker Championship. We’ve since heard that despite strong international numbers, PokerStars will not be producing The Big Game again. Poker After Dark is obviously done. The WSOP Circuit has yet to find a broadcast home. We don’t see Epic Poker possibly surviving past Season 2 (if that). All that leaves us with is the WSOP on ESPN, the WPT on Fox Sports, and the Heartland Poker Tour. So much for over-saturation.

5. Nobody knows how the industry will look in five years. We all know the industry will look different, but nobody knows just yet how it’s going to shake out. Yes, the Nevada brick & mortar casinos will likely be winners, but how will Tribal entities fare? In some cases, Indian casinos are more liquid than Nevada brick & mortars, and they may be more nimble (and aggressive) in their ability to market. Additionally, people like Venetian owner Sheldon Adelson are rumored to want all regulated casinos to operate on one platform, and the company who markets best wins the most market share. While we think that’s unlikely, you never know. And how does Zynga Poker, with its 37M monthly users, fit into all of this? We think you know the answer to that.

6. …otherwise poker is stronger than ever. While things look bleak in the U.S., the game is still strong. The 2011 WSOP set records for attendance and overall prize pool. The WPT and HPT continue to exceed registrant expecations. And the game continues to grow internationally. The European market continues to expand. And the success of casinos in Macau and Singapore are showing that Asia is primed for a boom that will dwarf anything that happened in the U.S. The poker industry is strong. It will only get stronger. Even in the U.S. It just may be awhile.