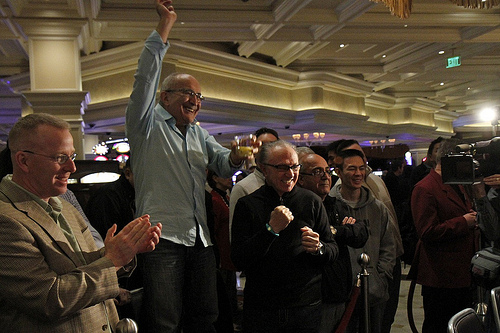 Antonio Esfandiari's dad (above if you didn't figure that out) celebrates his son's chances of repeating as WPT Five Diamond champ.

While some of the storylines from yesterday were KO’d, today’s short session (the remaining field plays down from 13 to six) still has plenty of intrigue.

Vanessa Selbst, a woman, is still in contention to become the WPT’s first open event female winner. She’s stacked at 869,000.