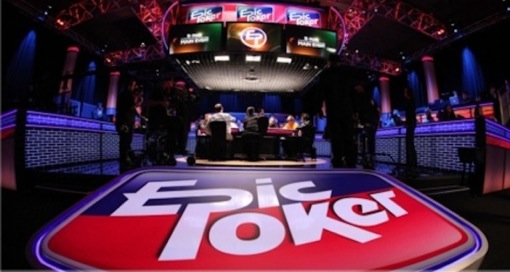 Not a very wicked logo.

If you’ve read the last Federated Sports+Gaming bankruptcy filing you may be asking yourself, “Wtf, why did they purchase nearly 100 ‘Wicked’ related web domains?” Well, here’s the story.

From January 2010 through August 2010, the company that eventually became Federated Sports+Gaming was in negotiations with the Entities Who Comprise Wicked Chops Poker to acquire Wicked Chops Poker as part of a larger media development strategy. When it became clear that FS+G had not yet raised the financial capital to make such an acquisition, or perhaps that they had changed direction on making acquisitions in general, we began negotiating to work as consultants for their company. Eventually, we settled on a web and content development agreement.

However, their contract terms contained highly prohibitive intellectual property clauses, outlining that anything we created for their website was the property of FS+G for perpetuity. After we looked up the meaning of perpetuity, we refused to sign the contract.

During these negotiations, we progressed their web strategy, completing a large portion of consulting work up-front and for no pay in order to keep a tight overall development deadline on track.* We continued to ask for the name of their new company and league as we developed the web strategy–but like this puppy trying to get up, it just wasn’t happening.

In early November 2010, FS+G finally agreed to remove the prohibitive intellectual property language from their web development contract. At this time, Jeffrey Pollack and Annie Duke requested a meeting with the Entities to discuss the “state of the state.” At this meeting (yet before we actually received the revised contract), after an hour of discussions about The Social Network and how Mark Zuckerberg tried to screw over his friend Eduardo Saverin**, Pollack and Duke revealed that they planned to name their company and new organization the Wicked Poker League.

Our initial reaction was that Wicked Poker was an awful name for a pro player league.

Our second reaction was they legally couldn’t do such a thing, and we hired an intellectual property attorney to handle the matter.***

We came to find out that FS+G executive Jeffrey Grossman acquired the domain wickedpoker.net in late July 2010 (as well as, it seems, almost ONE HUNDRED other Wicked domains), and that we were repeatedly misled by Pollack and Duke as this information was kept from us for months.

At this point we got Keyser Soze levels angry, and the rest is history.

While we very publicly (and privately) advised against many things FS+G/Epic eventually did regarding their business and were not surprised by what happened with the company, we sincerely hope that all the people they owe money to somehow, eventually, get paid.

Look for a more detailed version of the events on Wicked Chops Insider sometime in the near future.

** Not kidding. That actually happened.

*** Order of reaction is actually accurate–as “brand guys” we felt so strongly that Wicked Poker was an awful name for the league, we overlooked the fact that they were apparently trying to screw us.