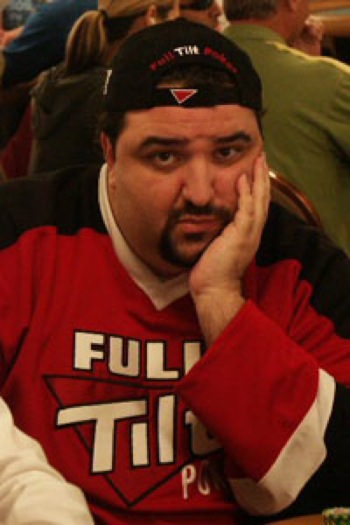 Maybe Tilt is thinking of the most brilliant communications strategy of all time right now to reengage their customers. Or maybe they're not.

Hear that sound coming from Full Tilt Poker? No? Ok, neither do we.

Seems like the only thing we’ve heard from Full Tilt lately (or at least our multiple sources) is that the company has made concerted efforts to plug the information leaks regarding potential acquisitions. Maybe this helps them close their potential acquisition deal, maybe it doesn’t.

But where plugging the leaks regarding sensitive company information makes sense, what doesn’t is being completely tight-lipped to employees and customers about their current and future accounts.

Simply put, Full Tilt is dropping the ball in epic fashion when it comes to their crisis management communications strategy.

When it comes to consumer confidence and your company, silence is not golden–and the communication void left by Full Tilt–assuming they close on their White Knight deal– may end up being their long-term downfall.

Multiple sources have told us that when The Events of 4/15TM happened, PokerStars cracked open its disaster plan for just such a scenario. They knew how they’d approach paying their customers back, and knew how’d they’d communicate to them. It was implemented quickly and effectively. PokerStars paid their U.S. American players over 75 days ago. Their reputation was salvaged, and confidence in their brand to the rest of the non-U.S. world was saved.

If your CEO is indicted by the Federal Government, you get a new CEO. It helps instill a greater degree of industry and consumer confidence.

From there, that CEO is upfront and out-in-front. He expresses regret and an understanding for how players feel. Most of all, he takes a strong position that the company is exploring all options to pay U.S. (and now European) customers back. It is the company’s sole and singular focus.

Then, the company sets realistic expectations with open and honest statements like, “While our competitor was able to promptly pay back U.S. customers, that is the exception rather than the norm. In most cases, like with Neteller, it takes up to six months or more…” Let your customers know it *may* take awhile. If it doesn’t, you’ve exceeded expectations. Consumer confidence grows. If it does take awhile, you’ve at least bought yourself the time.

And if it does take awhile, you continue communicating with your customers and the market. You communicate with your pros too. You let them know the position. You give them talking points. You rally the troops and make it a team effort.

Tilt has done exactly none of the above.

In crisis management, the worst thing you can do is remain silent and say nothing.

Maybe Tilt is thisclose to finalizing its White Knight deal, and maybe they reopen for business in a month. But they’ve left a communication void that is now being filled in by blogs, tweets, forum posts and angry Red Pros.

And the longer it goes without a plan, the more likely its European customers (and people they owe in the U.S.) begin pounding the panic button, abandoning ship, finding other alternatives, and never come back.

The poker world would absolutely be better served if Full Tilt comes back, and comes back strong. We want to see it happen. There has been an undercurrent of “we’re glad Tilt is death spiraling” in the industry that we simply don’t understand.

However, Tilt is in a free fall right now. And they may never recover from the damage they’ve done from the communication void they’ve left for us and others to fill.