Home   The Gloves Are Coming Off: Full Tilt Issues Statement on Phil Ivey 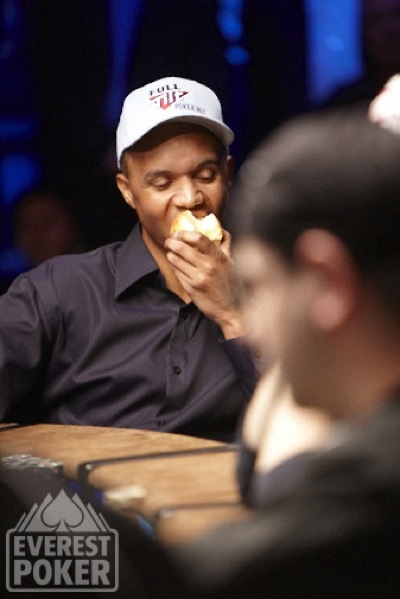 Phil Ivey calmly ate an apple without a care in the world while reading Full Tilt's response to his lawsuit.

Bungling yet another decision, Full Tilt Poker released a statement regarding the Phil Ivey lawsuit.

The statement was released in full on the Poker News website:

Contrary to his sanctimonious public statements, Phil Ivey’s meritless lawsuit is about helping just one player – himself. In an effort to further enrich himself at the expense of others, Mr. Ivey appears to have timed his lawsuit to thwart pending deals with several parties that would put money back in players’ pockets. In fact, Mr. Ivey has been invited — and has declined — to take actions that could assist the company in these efforts, including paying back a large sum of money he owes the site. Tiltware doubts Mr. Ivey’s frivolous and self-serving lawsuit will ever get to court. But if it does, the company looks forward to presenting facts demonstrating that Mr. Ivey is putting his own narrow financial interests ahead of the players he professes to help.

As with almost every controversy, the truth lies somewhere in the middle. While Ivey’s release yesterday definitely took a self-serving moral high-ground stance, by all accounts, it was also rooted in some of his genuine grounded beliefs surrounding Tilt paying their players back.

And while Full Tilt says that Ivey has been standing in the way of deals to pay players back, well, that’s not exactly true either.

Expect more on that point specifically from us tomorrow.

All in all, it feels like Full Tilt is going to get burned to the ground, and its top players–and current (mis)management team–are doing everything they can to pour more gasoline on the flames.