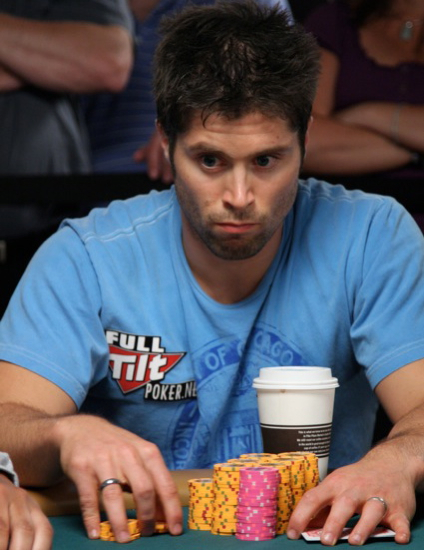 The third time is becoming a pain in the ass for The Intense Stare of Scott Clements.

Despite coming into final table play in Event #27 ($5,000 PLO 8B) with a sizable chip lead, The Intense Stare of Scott Clements did not capture his third WSOP bracelet.

Instead, Roland de Wolfe overcame one of the more talented final tables of the 2009 WSOP to claim his first [bracelet].

For the win, de Wolfe banks $246,616 and becomes only the second player, along with Gavin Griffin, to claim a WSOP, WPT, and EPT title. Roland defeated Brett Richey (this guy) in heads-up play.

The Intense Stare of Scott Clements bowed out in third. This is the second time in a week that Clements just missed out on his third bracelet. However, Clements and his intense stare clearly pwn Omaha games, so he’ll have another few shots at it over the next couple of weeks.