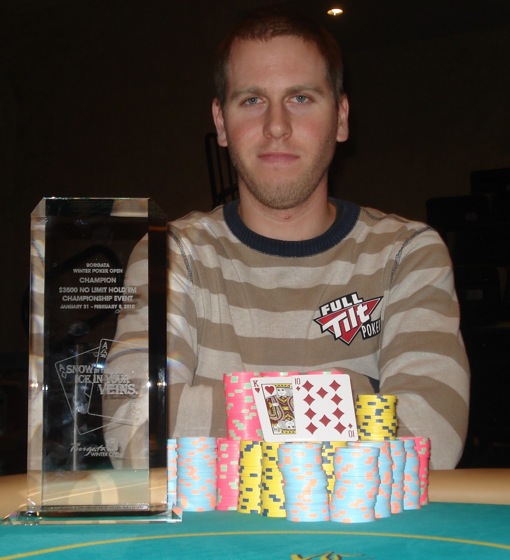 (Editor’s Note: this post was submitted by the newly formed 2/5/10 Truthers)

:: There is no actual video tape footage of Madsen soaring to victory…only this after-the-fact interview that plays at just a frame a per second and could’ve been easily staged.

:: Why were there no Jews at the final table? Did the Borgata give them advance warning of a Madsen conspiracy?

:: If he really did win the event, then how come PokerPages hasn’t updated their database with the information (yet)?

:: He won the event on February 5th, 2010. Did you know if you fold a five dollar bill in half, then diagonally, then in half again, it spells: “Madsen Borgata”? For real. Try it.

:: Madsen’s performance on 2/5/10 was described by “some” as a “controlled demolition” of the final table. Sound familiar?

Plus, we’re hearing rumors that Sirous Jamshidi will be releasing an audio tape sometime this weekend claiming responsibility for the victory. How though, can we be 100% sure that it’s really Jamshidi on the audiotape? Or that the Borgata, or the U.S. American Government itself, didn’t splice audio from other known Jamshidi tapes together to make this confession? How can we be sure?

Here’s the truth: at the end of the day, we may simply never know who really won the Borgata Winter Poker Open. Was it Madsen, Jamshidi…the Government???

With that in mind, we demand an investigation. We demand the truth. And we demand it now.