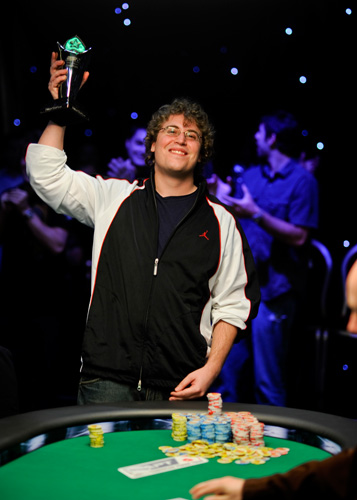 Where is Joanna Krupa in this picture?

We regret not making it to more of the 2010 NAPT Venetian Main Event. First class event, huge turn-out, and Joanna Krupa was there. We’d blame all of this on visa issues, except we were within a 10 mile radius of the event. So we’ll blame it on cocaine.

While the Main Event itself had some big names go deep, the final table was a fairly friends and family affairTM.

Get a full rundown of the event here.