Home   The PPA Cannot Be Denied 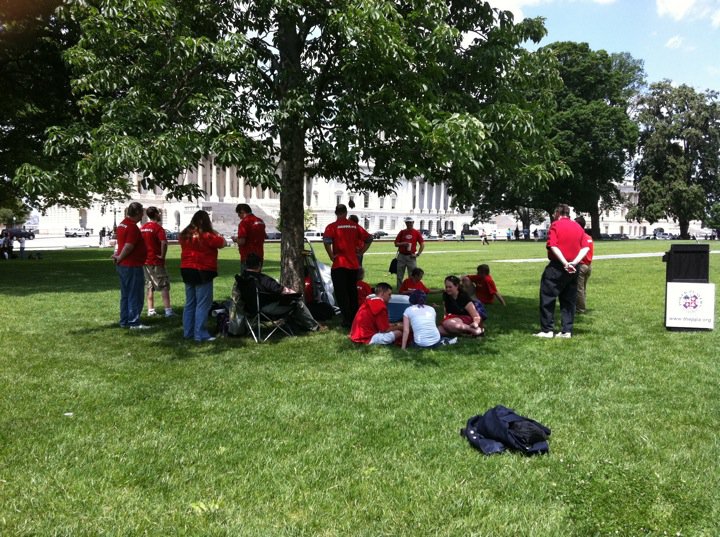 The PPA staged a Million Man Minus 999,988 March on Tuesday, dubbed a Fly In™, to show support for Federal legislation of online poker.

To be fair, it was a decent idea. And there were several big name bill sponsors in attendance to address the media and the gathered horde, including Rep. Joe Barton, Rep. John Campbell and Sen. D’Amato. Representing the players were Greg Raymer, we eschewed his standard socks and sandals attire, and Linda Johnson, who eschewed wearing a bra.

If you laughed at any line in this entire post, then go to the PPA site and donate some money to support the cause here.