Home   The PPA Still Doesn’t Get It: Reshaping the Online Poker Regulation Message 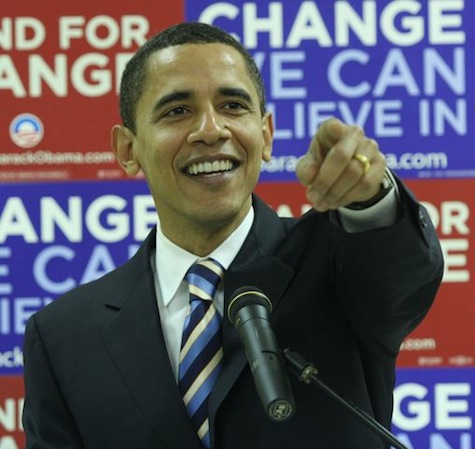 That's funny. Yeah that guy right there. He thinks I care about the 'right' for Americans to play online poker. No seriously. Yep, that's way up my administration's priority list--it's right behind our economy, Libya, and Afghanistan.

That was easy. Thanks PPA.

Earlier today, we submitted the PPA‘s letters to President Obama and our local representative through their Action Center.

We just had to make our adjustments to the messaging, because the PPA still doesn’t get it.

While their intentions are in the right place and we’ll never knock the PPA for creating some organized effort (and a no-excuses easy method for you to participate) in communicating with your elected officials, their messaging is wrong, and ultimately it hurts online poker’s credibility and legitimacy.

The PPA is primarily making online poker regulation (and subsequently, the DoJ indictments) about personal freedom and liberties. But if the information unsealed in the DoJ indictments is accurate, then laws were broken and penalties should be paid. PokerStars, Full Tilt, and AP/UB allegedly laundered a lot of money. And they allegedly committed bank fraud. So let’s go barking to U.S. Government officials about attacks and assaults on our personal freedoms, OK? The politicians don’t care.

What they do care about is money. And creating jobs for their constituents.

Here’s our take at the PPA message. First, we’re posting the PPA’s public draft to the Attorney General and President Obama. Second, we’re posting what our message is–and what we suggest you send in its place.

At the end, we’ll link to the PPA’s Action Center so you can submit to President Obama and your local rep. There is no excuse not to–and we do credit the PPA for at least providing all poker players the platform to communicate.

We just suggest copying and pasting our message instead.

More after the jump…

As a voter, constituent, and poker player, I am writing to ask for your support in defending my right to play poker on the Internet.

Specifically, I ask that you support legislation to license and regulate Internet poker.

While it is true that an estimated $42 billion can be raised over ten years through regulation and taxation of Internet gaming, for me the primary issues are ones of personal freedom and consumer protection.  The Unlawful Internet Gambling Enforcement Act (UIGEA), signed into law in 2006, attempts to tell me — and my bank — how I can spend my money.  This ridiculous law has been roundly criticized and is no more effective than alcohol prohibition was ninety years ago.  Despite the UIGEA, today more than ten million Americans have online poker accounts.  We all welcome the additional consumer protections a U.S. regulated industry would provide.

WiredSafety, the world’s largest Internet safety, help and education resource, commissioned an in-depth study of this issue which was conducted by Harvard University.  This groundbreaking study — “Can Internet Gambling Be Effectively Regulated? Managing the Risks” — examined issues like blocking of underage participation, prevention of money laundering, and providing of consumer protections against fraud and abuse.  The authors concluded that “establishment of a well-regulated industry under U.S. jurisdiction would offer far better protection against online gambling’s potential social harms than outright prohibition” and that “consumers in the United States would be better protected than they are now” under a regulated system.  The study can be found at www.theppa.org/harvardstudy.  I hope you and your staff will take the time to read this important report.

Online poker licensing would provide for sensible regulation of Internet poker and put the U.S. in charge of safeguarding its citizens.  Additionally, licensing would mandate rigorous safeguards against underage participation and protections for those with excessive gaming habits while providing consumer protections for the millions of Americans who play Internet poker every day.  It would also permit American based companies to participate in the world’s Internet poker market, bringing needed jobs to our shores.  As a benefit of this good public policy, licensing of online poker would raise significant revenue for both state and federal governments without raising taxes.  In these difficult economic times, our government should be capturing the Internet poker tax dollars that are currently going overseas to other countries that regulate the activity.

I look forward to your response on this issue.  I hope that I, along with my over one million fellow Poker Players Alliance members, can count on your support.

Thank you for your consideration.

As a voter and tax-paying constituent, I am writing to ask for you to support the licensing and regulation of online poker in the United States.

The recent DoJ indictments of PokerStars, Full Tilt Poker, and Absolute Poker only underscores the tremendous opportunity that exists right now for the U.S. Government (and its citizens) to benefit from the regulation of online poker.

Online poker is estimated to generate over $42 billion in tax revenue over the next 10 years and create over 37,000 domestic jobs.

Along with tax and job creation, regulating online poker provides consumer protection safeguards that have not existed in the past.

If you support generating tax revenue WITHOUT increasing taxes, as well as creating domestic jobs instead of outsourcing them, you will support the licensing and regulation of online poker. If you do not, you will lose my vote in the 2012 election.

And that’s that. We suggest modifying the above for the representative response as well.