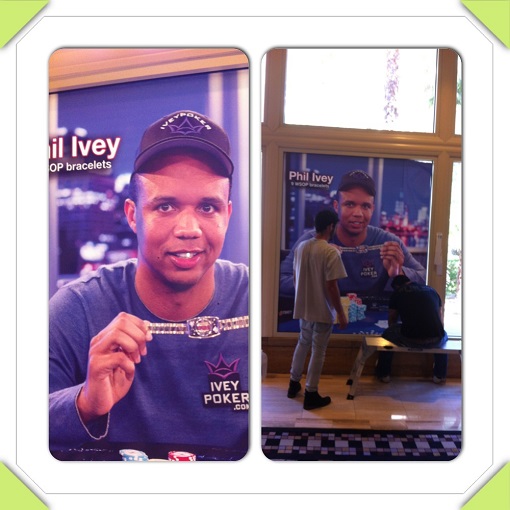 What, white people can’t have gold teeth too?

We’re just as big a’ fans of good old fashion racism as the next guys. On any given weekend, you’ll find an Entity strolling down the streets of Hermosa Beach decked out in black face, walking into Asian restaurants saying we’d “rearry rearry rike some friend rice,” and asking the local Bofa branch if they’re not open on Sunday because “we know you guys have to go to temple and shit.”

“Offend everyone or no one,” is our motto after all.

So it was with great pleasure and joy to see someone (probably Sergio Garcia) basically carve out a gold tooth on Phi Ivey‘s 9 WSOP bracelet placard in the Rio hallways.

Seriously wtf. Really? 2013? This shit still goes on? Can you do a little better/less obvious than a gold tooth?

It took all of a day for the Rio to get that fixed.