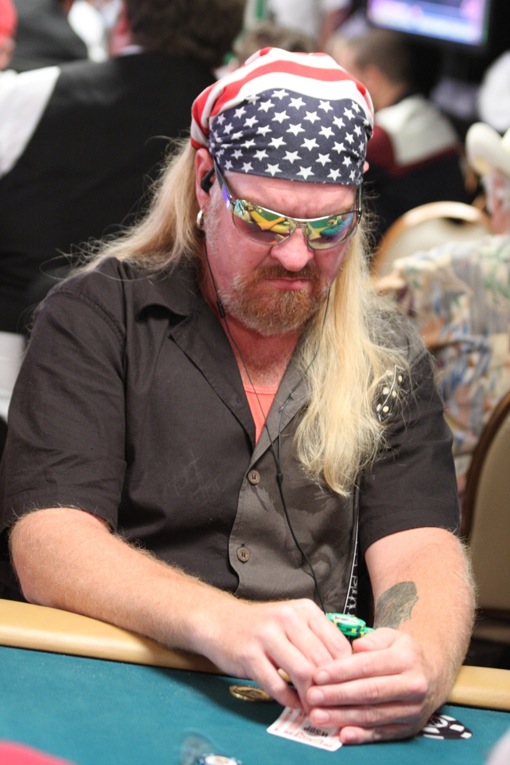 This guy will crack some skulls.

We have no idea who this guy is. All we know is that he fucking loves him some U.S. America, so he’s all right by us.

This guy wakes up in the morning and first thing he does, he says the pledge of allegiance. Twice. Then he drinks his coffee, eats some eggs and bacon, and owns the toilet for 30 minutes. OWNS it. Dude hops on his Harley, heads to work, cracks some skulls, thinks about how he wishes he killed bin Laden, cracks some more skulls (his job is actually cracking skulls), rails on his buddy for driving a Toyota, tells another buddy to not even get him started on China they’ll fucking own the country in 10 years, then goes to the toilet again and OWNS it. After chowing down on a pulled pork sandwich for lunch, he cracks some more skulls (it’s his job), listens to Rush (Limbaugh), OWNS the toilet again, calls up his buddy Randy and plans a trip to Pocono Speedway, and then heads home on his Harley where he listens to Rush (Moving Pictures, air-drumming to Tom Sawyer at stop lights). He kisses his wife that he’s been married to for 24 years when he walks in the door, drinks a beer, drinks another beer, has hamburgers for dinner, drinks a beer, has another hamburger for desert, drinks a beer, and falls asleep watching the Military Channel. It’s WWII in Color. Don’t bug him.

UPDATE: No idea who USAguy is, but dammit, we’re gonna find him and track him on Day 2A if he made it through.